Famously the largest bird in the world, the ostrich is native to Africa and belongs to a group of flightless birds known as the Ratites, which also includes other flightless birds such as the Emu, Rhea and Kiwi.

Capable of living in excess of 50 years in captivity, being able to run at up to 70km/h and with the males in particular prone to showing aggression and a dangerous kick, ostriches are not to be taken on lightly.

Surprisingly, although the ostrich does lay the largest eggs in the world, they are actually the smallest in relation to the size of the adult bird, at approximately 1% of their body weight.

Our birds lay eggs which are typically around 1600g in weight and contain around 1200ml of fluid, equivalent to around 24 large hen eggs.

Ostriches also have the largest eyes of any land animal, so they dont miss much, but with a brain which is smaller than one of their eyeballs, they dont seem to remember much either!

Ostriches farming is established in a number of other countries around the world, primarliy in South Africa where they are farmed for their feathers, premium leather, meat and eggs, but also in various other countries such as the USA, various European countries and in the middle east.

Ostrich meat is a healthy alternative red meat, similar to beef but with no fat, and we hope to one day be able to bring our own ostrich meat to the market, but for now we are only able to offer our eggs and feathers 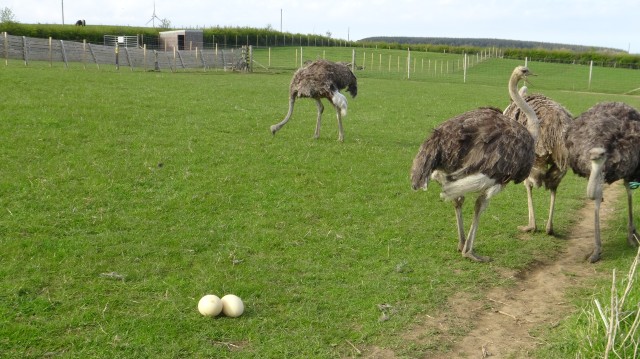 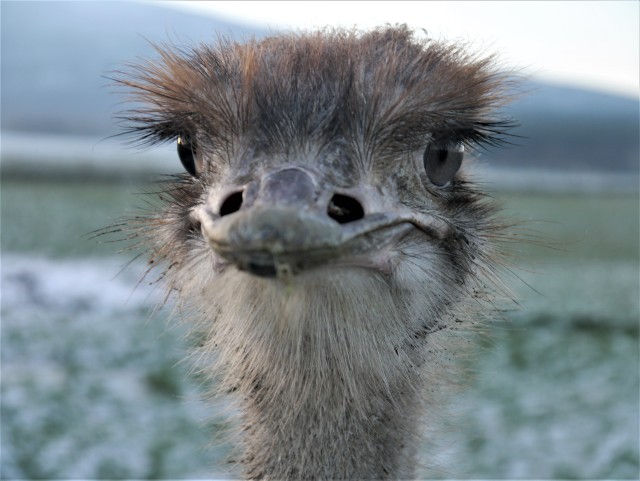